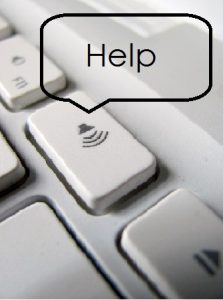 When something stops working you suddenly realise just how dependent you are on your computer.  In today’s world the whole organisation tends to grind to a halt if the IT system stops working.

A good IT support company should reduce the problems to a minimum, but then we would say that!  However, sometimes you don’t need to call out your IT support – just apply a little detective work and logic.  These are some of the problems we’ve encountered recently.

So the morale of this tale is to think about what changes have been made, or are being planned – and don’t eat lunch at your desk.