Bugs and other creepy-crawlies 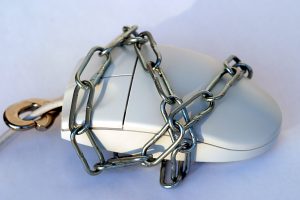 There seem to have been a few very high-profile bugs that have been infesting the internet lately.

First it was Heartbleed where the public sites, like social media and online stores, suffered from security certificates being hacked.  Quick action on the part of the website owners helped to minimise this bug.

Then Kryptolocker crept into the world of technology holding people’s data to ransom.  We had a couple of clients that had clicked on malicious software instead of quarantining it.  Fortunately, we had back-ups for them in the Cloud – and several generations of back-up.  It’s no good having a back-up of the encrypted material, but with 30 days of back-up they were able to go back to the last one that wasn’t encrypted.

The latest nasty bug is Shellshock.  This is focused on web servers and other internet devices to turn them into a means of attacking your personal devices.  Shellshock enables 3rd parties to spread malware, pinch your data and send you lots of spam.  The worst case is that it turns your computer into a bot and can gain total control of your machine.  It’s been used by groups of people to bring down websites they disapprove of.

The software that has the bug embedded in it is called Bash and Apple have already released patch updates so ensure you are installing updates as soon as they’re available.  Windows doesn’t run Bash, but, if the servers of the sites you visit are compromised you could still suffer the consequences.

What can you do?