Big brother is watching you! 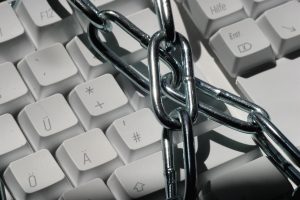 It’s a bit of a joke, especially since the TV show reversed the roles and we were all watching a few people sitting around doing not very much.  However, Vodafone has discovered evidence that points to some governments using the communication networks to track people’s activities.

Whilst in most countries even the law enforcement and intelligence agencies need a warrant to invade people’s privacy by looking at their phone or computer data, there are a few (they report 6 out of the 29 where Vodafone is available) that don’t ask for permission, they just have direct access.

If you have your data stored in the Cloud and some of it is stored on servers that are registered in the USA, the US Government have the right to look at what is on those servers, so this isn’t anything new.

The Human Rights people are on the case and Vodafone has joined many technology companies in providing a more transparent approach to how data is managed.

Do you need to be concerned?

If you’re resident in the UK, they still require a warrant and a good reason for requesting it, but Vodafone are unable to identify the 6 countries that are outside this so, if you’re travelling, keep it in mind.

Of course, there is a view that, if you’re not doing anything wrong, then you have nothing to worry about, but there are still things some of us would prefer to keep private.