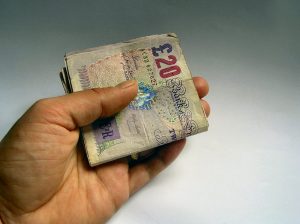 Just as the threat of having all your data encrypted and held to ransom had begun to fade into memory – it’s back.  And this time it’s got a few nasty little enhancements.

Now it not only encrypts the data on your computer, but goes on a search mission to get into other computers on your network AND your back up.

What can you do about this?

This last issue was ignored by a US police department in Massachusetts, USA.  When  Cryptolocker got into their system – and you’d think that a Police department had more robust security – they ignored the advice of the FBI and other crime agencies and coughed up!  They claim that $750 got the decryption key and that their systems weren’t compromised, but it’s not something you’d want to test.

A good back up system will ensure your data is replaceable, most support companies offer good systems whether in-house or in the Cloud.  For instance, our standard back up keeps everything you’ve created in the last 30 days – every version so at most you’ll have a day’s work to make up.

If you’re using something like Dropbox, which saves documents created on your computer into the Cloud storage – it won’t stop it being encrypted as your system will simply save the encrypted files to the Cloud.  However, Dropbox does save former versions so prompt shutdown of your computer can allow you to log in to Dropbox and request previous versions to be restored.

At the end of the day it’s better to protect your IT system.  Talk to your IT support – they’ll be able to give you advice to avoid disaster.