A new way to communicate 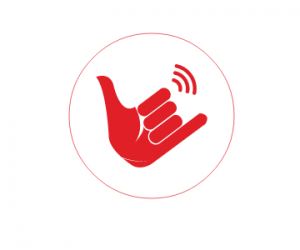 Now we’re all using mobile devices as extensions of our thought processes, it’s hard to imagine the days when only big businesses had computers.  The jump from business computing to home computing, and from dial up to broadband has been an incredibly fast process.

It’s no longer just younger people who have tablets and notebooks – lots of pensioners brandish state-of-the-art mobile devices showing off pictures of grandchildren, prize marrows and much more.

WiFi has set us free, 4G has extended that so that smartphones, tablets and notebooks can operate pretty well everywhere – or can they?  It’s surprising how often you get people whining ‘I can’t get a signal’ or ‘Isn’t there a WiFi connection anywhere around here?’

Basically, this is a chatting App, but with a massive difference.  You register with just your name – no personal information is needed, not even an email – and you’re in a chatroom consisting of everyone who is registered in your country.  Choose ‘Nearby’ and you’ll be in a chatroom that works regardless of whether you’ve got a signal or WiFi connection.

This may seem like magic (but then so did broadband and WiFi when they were first launched), but it’s a very, very clever thing called a wireless mesh network.  It uses Bluetooth, peer-to-peer WiFi or traditional WiFi networks.  As you’re connecting directly with other users you don’t need to be attached to anything else.

You can share messages and (soon) pictures with nearby users using Apple’s multipeer connectivity framework and as long as one of the devices is connected somewhere, all the others can ‘talk’ to each other.